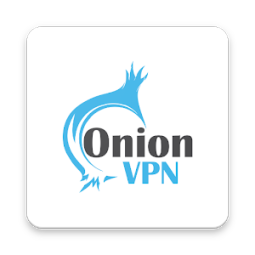 When connecting to a VPN, the VPN server always passes traffic, changing the IP address and encrypting information sent or received via the Internet. Consequently, cybercriminals and spies will not be able to see what you are doing online.

The system under consideration allows you to hide user movements on the World Wide Web simultaneously with two services. This creates a kind of chain of servers with the simplest possible principle of operation. Information arrives at the remote server and leaves it already in an encrypted state. Then it is passed through the 2nd server and undergoes re-encryption. As a result, the user gets to the desired site while maintaining confidentiality.

The presented system is characterized by the following advantages:

- high security, where UDP and TCP protocols can be simultaneously involved;

- The risk of a traffic correlation attack is reduced.

The nuances of using Onion VPN

The Onion browser passes information through a number of servers, which is necessary to maintain anonymity. Instead of a direct path, data passes through an arbitrary point located in any part of the planet. Then at least one more transition takes place and after this node already gets to the destination.

When using Onion VPN, determining the user's location is problematic. The input node only sees the real IP address, and the output node sees the final destination.

The advantages of the system are:

- simplicity (just one click is enough to go through the Onion network);

- protects against unlawful intrusion, which most often occurs on the part of the provider or authorities;

- Traffic is sent through the encryption tunnel.

Onion is recommended for use with a VPN. If not used with TOR, your Internet service provider may learn about using a dedicated browser.